Skip to content
If there’s a wardrobe item that’s been overlooked and underrated, it’s denim shorts — we’re talking about every variety, from classic daisy dukes to Bermuda shorts. Although denim shorts are the most versatile pieces of the season, they’re rarely seen on runways. But that’s starting to change. Jorts — that is, jean shorts — are officially in. And we’ve rounded up every way you can wear them. 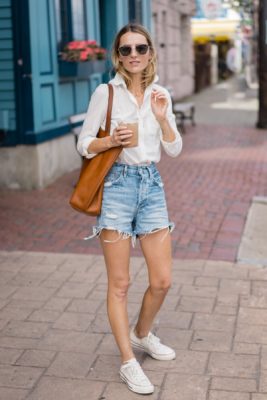 Double denim used to be considered a fashion faux pas. One piece was amazing, but two was very risky territory. And three was just way too much of a good thing. (Just think about Britney Spears and Justin Timberlake’s infamous denim outfits at the 2001 American Music Awards.) Things have changed since then. A double denim look  is a popular off-duty outfit for celebs and street style stars. You’re almost as likely to see celebrities rocking a head-to-toe denim ensemble as a crop top or another 90s-themed outfit.

Since your closet is probably at least 40 percent denim, it makes sense to get the most wear out of those pieces. There’s still a fine line, however, between a double denim outfit looking chic and overwhelming. No one wants to look like they’ve gotten eaten by jeans for breakfast. If you’re ready to try an all-denim outfit, we’ve rounded up some street style-approved ways to rock the style. Take inspo from these fashion pros — and just promise to avoid a denim cowboy hat, OK? Click through the slideshow to see some chic ideas on how to nail the double denim trend. 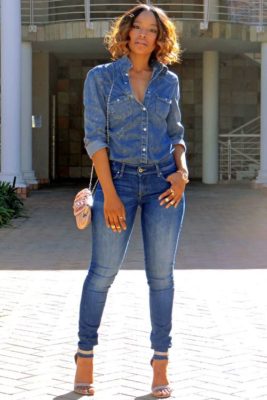